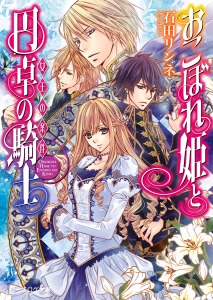 After a long wait, we bring back the end of the second novel with a release of 100+ pages!!

What was happening to Guido? What will happen now? All and more in a few clicks!

As usual an extreme thanks to the LN division and their efforts to bring this chapter!

Okobore Hime to Entaku no Kishi

Today we bring chapter 3 of the heart breaker queen!

This chapter is called “Discovered Attack” which is reference to the chess move in which an attack is revealed when one piece moves out of the way of another. Discovered attacks can be extremely powerful, as the piece moved can make a threat independently of the piece it reveals. This volume has four chapters and we’re coming closer to the climax!

As usual an extreme thanks to the LN division and their efforts to bring this chapter!

Note: This chapter is “v2c3” but it was listed as “c3” in novelupdates, can someone help me fix it? I am not sure how the website works.

Okobore Hime to Entaku no Kishi

Today we a huge release of our favorite left over princess! 114 pages of Leti’s majestic presence! Remember to post your thoughts of the chapter! We’d love to hear your opinions on it!

Special thanks to our champ translator Crystal Hikari and our awesome proofreader Scylla!

Today we another chapter of Okoborehime! Volume 2 has four chapters so they will be shorter than in volume 1 which had three.

There were many developments of this chapter that surprised me… for example Lion’s and Guido’s relationship. Who would have thought it?

Regarding the status of the manga, we know exactly as much as you do guys. The author has no twitter and her website hasn’t been updated in ages… So our only source of information is the aria website and the aria magazine itself… which has no news till now. Let’s hope for the best.

With this we officially finish the March Light Novel update! I hope you guys enjoyed it! We’re already working on chapter 2 of okoborehime (and in SAFT too!) but it’s going to take a while, so please be patient.

So you thought the March light novel mega release was over? Today we release the prologue of the second light novel of the left over princess!

This novel was not adapted in the manga so everything you will read from this point is new material! Aborted Guido arc here we go!

PS. Thank to everyone we have enough staff now and we won’t be recruiting proofreaders anymore! Thank you very much! 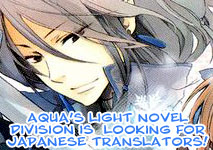 Thanks for dropping by our blog!